Merchant discount rate encompasses all the charges and taxes that entails when a digital payment is done. It compensates the following participants:-

It may or may not include miscellaneous fees such as cross-border fees, interchange fees, zero-limit fees etc.
How MDR works?
Merchant discount rate is expressed in percentage of the transaction amount. It is processed with each transaction conducted. Merchants usually pay 1% to 3% fee for the processing of payments for every transaction. Rates can differ as it depends on factors like level of business, types of cards used by the consumer, and the value of the average transaction. Let’s understand with an example.

Assume you are the consumer who goes to a shop and buys a product. Here the shop is the retailer or merchant. You make the payment using a credit card or debit card. The payment transaction is facilitated by the merchant using a POS terminal. As soon as the payment is made, the bank charges MDR to a merchant. The collected fee is then shared between the issuer of the card, payment network, and the POS terminal provider.
MDR and Non-bank payment service providers
With the aim of supporting the digital economy and cashless society, the government has announced certain measures in the budget session last year. Last year, the government decided not to impose MDR on merchants or consumers. You can find the statement made by Finance Minister Nirmala Sitharaman here: "…there are low-cost digital modes of payment such as BHIM UPI, UPI-QR Code, Aadhaar Pay, certain Debit cards, NEFT, RTGS etc. which can be used to promote less cash economy. I, therefore, propose that the business establishments with annual turnover more than 50 crore shall offer such low cost digital modes of payment to their customers and no charges or Merchant Discount Rate shall be imposed on customers as well as merchants."

If not the merchant, then who will bear the MDR cost? This was the answer given by the Finance Minister,

“RBI and Banks will absorb these costs from the savings that will accrue to them on account of handling less cash as people move to these digital modes of payment…Necessary amendments are being made in the Income Tax Act and the Payments and Settlement Systems Act, 2007 to give effect to these provisions.

"As you can see, the FM has categorically stated that changes will be made in the rules to support this major step of removing MDR rates for merchants. But merchants and the banks are of the view that removing MDR will hit their revenue stream as banks will have to pay the MDR amount. Also, merchants charging a fee from consumers to recover MDR rates will be at a disadvantage too.
Zero Rent and Zero MDR with Mswipe Bank Box
Solving the issue of Merchant Discount Rate - MDR, Mswipe has now launched Bank Box, offering zero rental and zero effective MDR for lifetime. Merchants can opt for Bank Box Go or Bank Box Lite.

Bank Box Go is a POS solution with UPI QR and a Moneyback Card. With Mswipe becoming both an acquirer and issuer it accepts payment from all UPI payment apps and debit/credit cards enabled by RuPay, Visa, Mastercard, American Express at no rental and zero MDR for lifetime.

Bank Box Go is a POS with QR solution with a Moneyback Card that accepts all Cards, UPI payment for free with zero rental and zero mdr*. Visit here for more details.
BankBox
Starting from 199.00 only 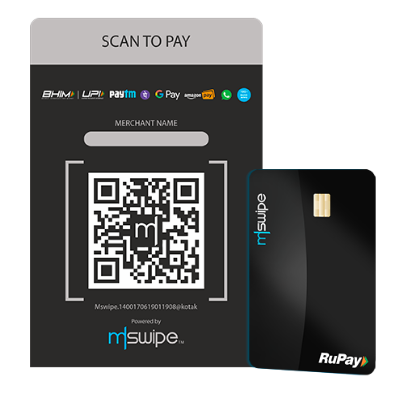 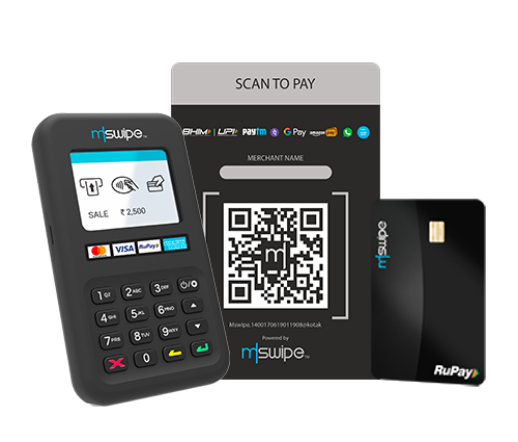 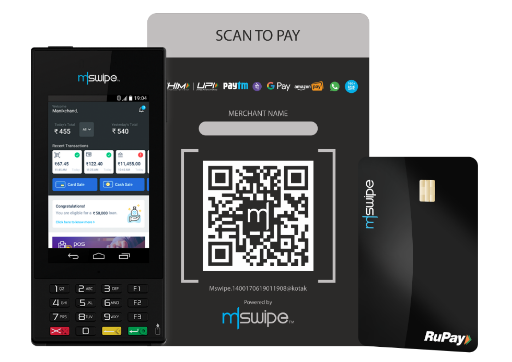 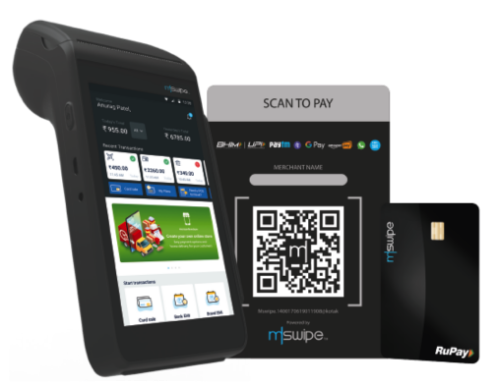